Does Redgum remove mould, Yes we do

Today was a day that seen us help another Central Coast family out with a mould problem they were dealing with in 2 of their bedrooms. The home was built in the early 2000's and ventilation had not been designed well enough to allow sufficient airflow throughout the home.

The inhalation of mould spores, and/or fragments of the mould present a health hazard, causing allergic reactions and respiratory problems in many people especially the younger generations who seem to be a little more sensitive to these environments.  Toddlers and babies are especially prone to the health effects of mould and the spores that are generated.

Whether it's the slimy black spots on your shower curtain, the fuzzy white patches on your basement floor, or the slick orange film that forms on your kitchen drain, household mould is more than unsightly. In some cases, mould in your home can make you sick, especially if you have allergies or asthma.

Whether or not you're allergic to moulds, mould exposure can irritate your eyes, skin, nose, throat, and lungs. Here's what you can do to combat mould problems, and take care of yourself and your home.

Mould Reactions: Who's at Risk?

For people sensitive to mould, inhaling or touching mould spores can cause allergic reactions, including sneezing, runny nose, red eyes, and skin rash. People with serious mould allergies may have more severe reactions, including shortness of breath. In people with asthma who are allergic to mould, breathing in spores can also cause asthma attacks. 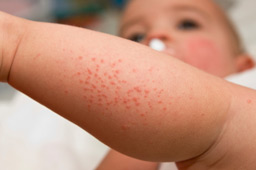 In addition to people with allergies and asthma, others who may be more sensitive to the effects of mould include:

Mould is a type of fungus that consists of small organisms found almost everywhere. They can be black, white, orange, green, or purple. Outdoors, moulds play an important role in nature, breaking down dead leaves, plants, and trees. Moulds thrive on moisture and reproduce by means of tiny, lightweight spores that travel through the air. You’re exposed to mould every day.

In small amounts, mould spores are usually harmless, but when they land on a damp spot in your home, they can start to grow. When mould is growing on a surface, spores can be released into the air where they can be easily inhaled. If you're sensitive to mould and inhale a large number of spores, you could experience health problems.

Mould comes in many forms, the most common is black mould which is also the most hazardous to us humans. Please view pictures below to get an idea what mould and mould spores look like :

Mould Spores under the Microscope

So as you can see from the pictures above, mould isn't a pretty looking creature and does indeed have some nasty traits. Over the next few days we will be putting together an extensive article for you to download that covers the treatment of mould and ways on preventative maintenance to keep mould spores at bay.

Condensation is your biggest Issue

The prime way to keep mould at bay and to prevent it taking hold in your home is to make sure your home is ventilated at least once a week by opening all the windows in the home. During Winter months, you need to keep an eye on condensation that collects on your windows. This is especially important in the bedrooms. Bedrooms tend to get very warm, especially during those Winter months when we are running heaters etc. If you check your windows you will notice that condensation will or is forming on the surface of the glass. This is the first stage of the birth of mould, hence why it is important to make sure you wipe down your windows when you see moisture starting to form.

If you do not do this, the moisture will evaporate and the only place it has to travel is upwards, as the vapour travels to your ceiling, so do the mould spores which will attach themselves to the ceiling and start multiplying.

The clean we did today illustrates this point perfectly (see pictures below).

As I said above, our Clients today have been living with and also dealing with the health effects of having mould present in their home. As I stated, the house was an older house with a lack of ventilation. We gave an initial treatment of a bleach based solution mixed with warm water.

We allowed this to sit and work its magic for approximately 10 - 15 minutes. After this, we basically turn the house upside-down and mopped the ceilings with flat head extension mops. We then applied sugar soap and warm water to the ceilings and walls that had been treated.

After allowing this to dry somewhat, we applied another layer of treatment to the ceilings/walls and again let this again sit for about 10 - 15 minutes. Then to finish off we re-do the ceilings with the mops and make sure that we have laid an even layer of treatment to now dry and form a barrier of sorts to prevent the mould returning. It will never completely fix the issue, however it will be good for about 12 to 16 months depending on the home and preventitive maintenance - like wiping the windows when moisture is visible etc.

Please view the before and after pictures below:

So that looks pretty bad right?

Now, let's look at the results once the Redgum treatment had been completed.

If so, why not get us out to view your mould problems and see if we can get the same results for you?