The Negative Effects of a Pandemic

Over the last 25 to 30 years the globe has seen a major increase in consumption by consumers, which has lead to probably the most profitable 3 decades for businesses around the world, especially with multi-nationals who have seen their marketshare increase immensely in this period. The trickle-down effect of our system has also seen many small business operators achieve outstanding results and growth in their 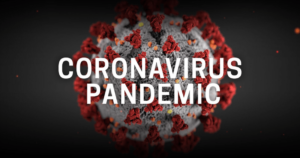 businesses with an increase in employment and many expanding operations - Redgum Cleaning has seen this first-hand with our own operations.

In addition to its impact on public health, coronavirus disease 2019 (COVID-19) has caused a major economic shock not only here in Australia but around the entire Globe their are many companies facing bankruptcy. In Australia we first seen Virgin Australia Limited to be the first major listed company to find itself in deep finacial trouble, in recent times we have seen Qantas Airways cut thousands of jobs as well as adjust their entire business to suit the new conditions we all find ourselves operating in.

Back around March 2019 - COVID-19 was in decline in China. It was reported in March that there were more new cases every day in Europe than there were in China at the epidemic’s peak and Italy has surpassed it as the country with the most deaths from the virus. It took 67 days to reach the first 100,000 confirmed cases worldwide, 11 days for this to increase to 200,000 and just four to reach 300,000 confirmed cases – a figure now exceeded by many more thousands.

We don't know about you, but we think there has been far to much fear mongering and misinformation being displayed on the internet and on main-stream News channels. We have also seen a major increase in operators in our Industry taking advantage of other small business owners and the Public at large with their claims and exorbitant costs/fee's associated with the deep cleaning of premises. Yes we as Cleaners have cost and expenses that we need to consider as well as the risk factor with doing such work. However, we don't think it's the time to try to squeeze every little drop of blood from those who have been effected by COVID-19. The News service providers haven't done the Public any justice by giving certain folks a platform to disseminate their crap along with the services that they're charging for - this event is seriously a great example of why the Industry (Cleaning) should have some sort of regulative standards or Body to provide oversight.

Maybe an idea Redgum can work on in the future ...

Going forward, we here at Redgum Cleaning are certainly looking forward to the new year.

We have some big goals for 2021, we want to implement some new technology to make assisting our clients more efficiently – we are currently testing new tech for our Staff to help assist them perform their roles easier, with less paperwork to complete.

But, most of all, we are excited to assist more Families in 2021 gain more time freedom by freeing up the boring task of maintaining a home. 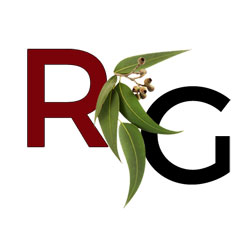